The world around is changing, progress does not stand still and on the roads you can often meet an electric car from a well-known manufacturer. The number of such vehicles is constantly increasing, there is no doubt that in the future such a car will become the main means of transportation. Such a car is easier to maintain, makes the ride very comfortable, has incredible technical characteristics, takes care of the environment. This year has become a cult year in the world of electric cars, almost every manufacturer announced that he is starting to design or even supply his electric cars to the market. At the same time, each car is good in its own way, but the buyer is interested in how many kilometers will he be able to drive a car while it is wasting all the battery power? Depending on the power reserve depends on the popularity of the model in the market.

Rating of electric vehicles with the largest power reserve

After the battery and electric motor appeared in the cars. Everyone began to say that this would be the future and very soon such cars would become incredibly popular. Manufacturers said that there would be no problems with charging, but the actual power reserve indicator is not always happy. The driver restricts himself during the ride, he must constantly think about whether there are fast charging stations on his way, whether he can even get from one point to another. Outside the city, not all owners of such cars have a desire to go. That is why, if you already spend money on such a vehicle, it is better to give preference to a car with the largest power reserve from a single charge. This will give you some independence and peace of mind while riding. Let's look at the top of such cars, which range from the largest power reserve to the smallest. 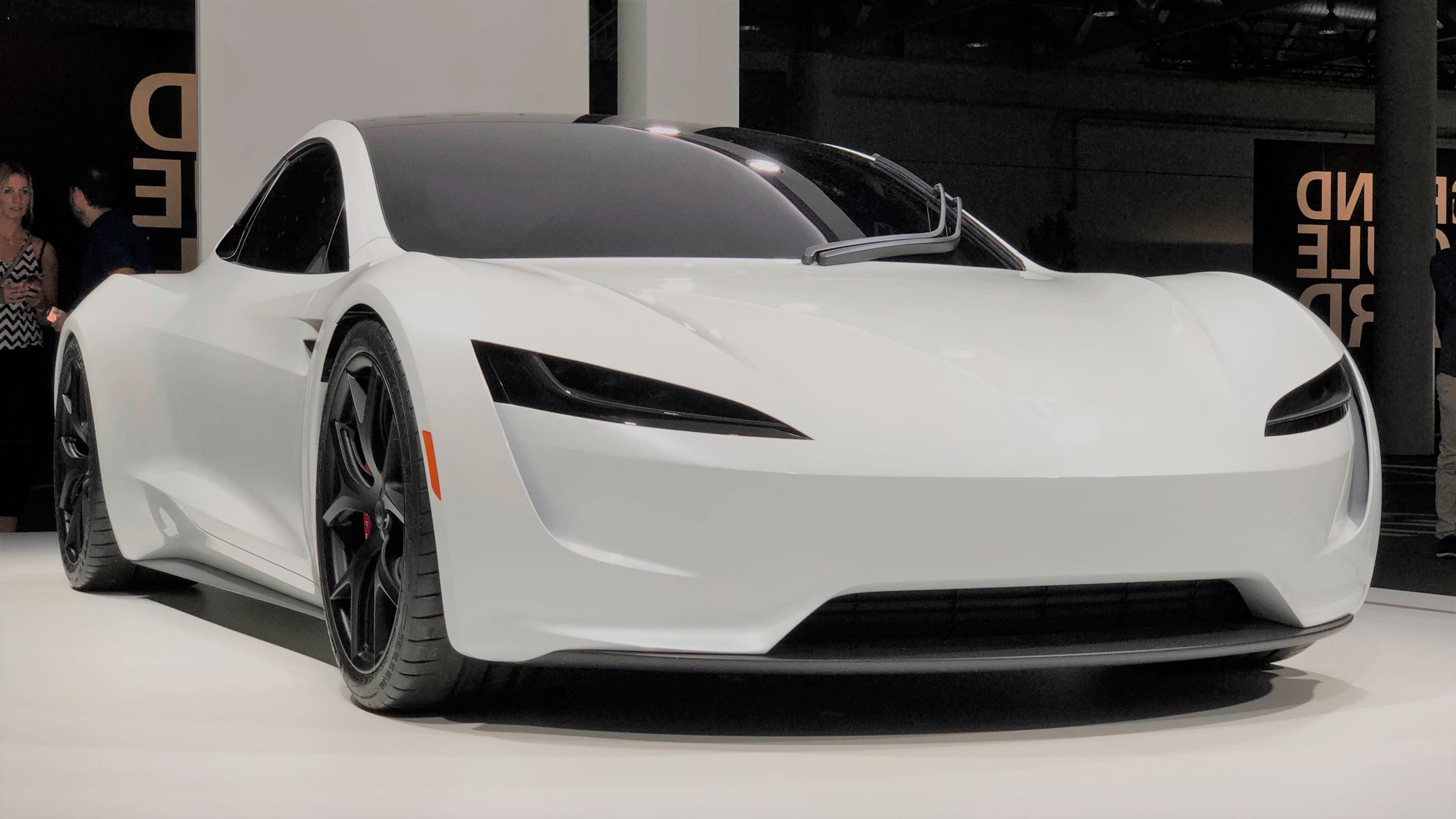 The car with the largest power reserve to date. At the presentation, it was said that the car can go on a single charge 998 km, which is enough for most drivers. At the same time, you get an incredible design, excellent technical component, increasing your reputation on the road. A 200 kW / h battery is installed here, which provides such a large power reserve. There is only one problem, the car tops the rating of electric vehicles in terms of range, but it’s impossible to buy it at the moment. At the moment, Tesla only accepts pre-orders, but does not begin mass delivery of cars to the market. 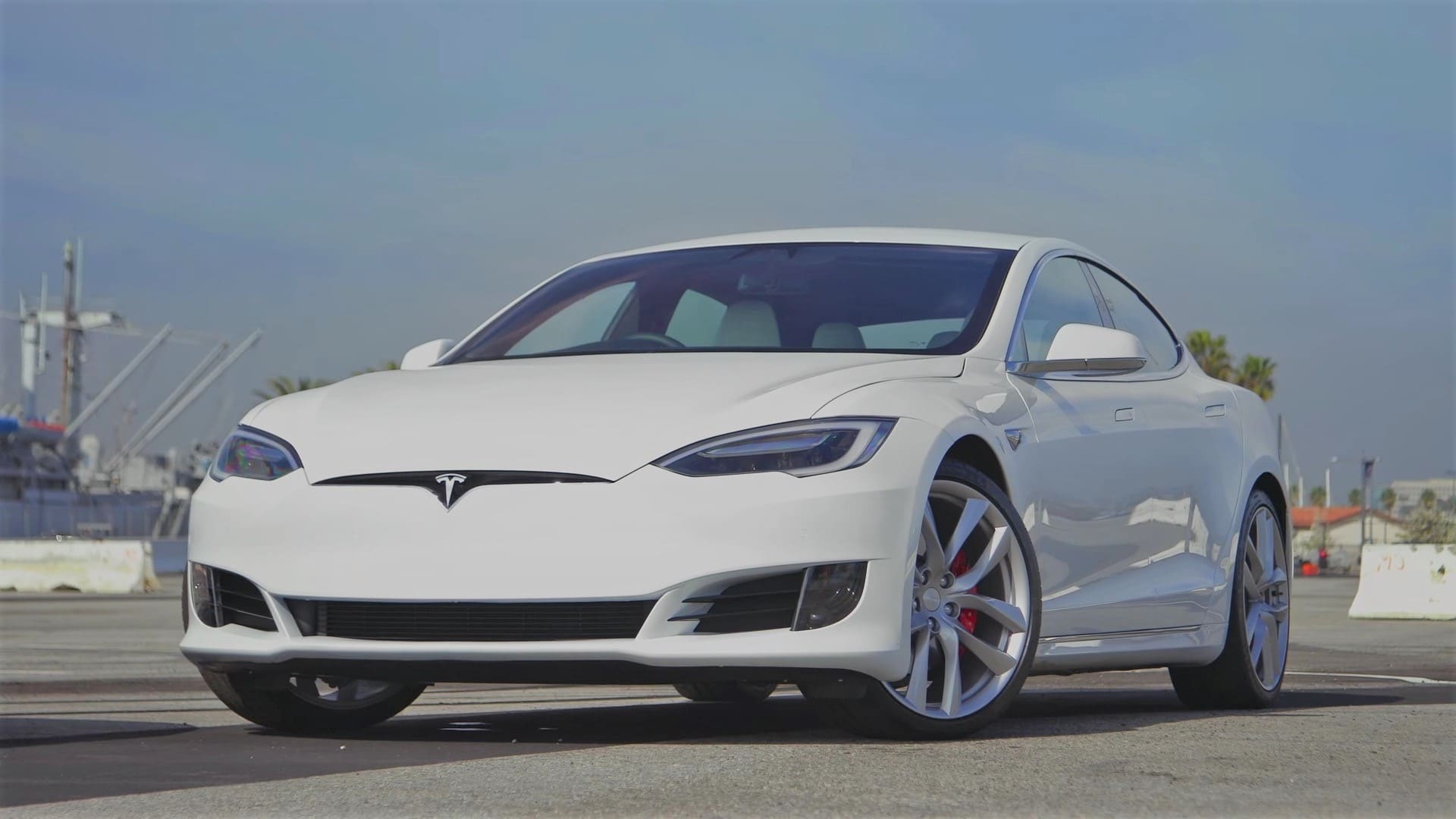 Perhaps this particular car will attract your attention the most. It cannot be said that it is cheap, but it is difficult to call it expensive. In this case, the maximum power reserve of the electric car is at the level of 630 km. For autonomy, a battery with a capacity of 100 kW / h is responsible here. This car is in great demand in the market, because it offers the buyer the opportunity to save money, but get not only cars with a large range of power from a single charge, but also the best technical specifications on the market. 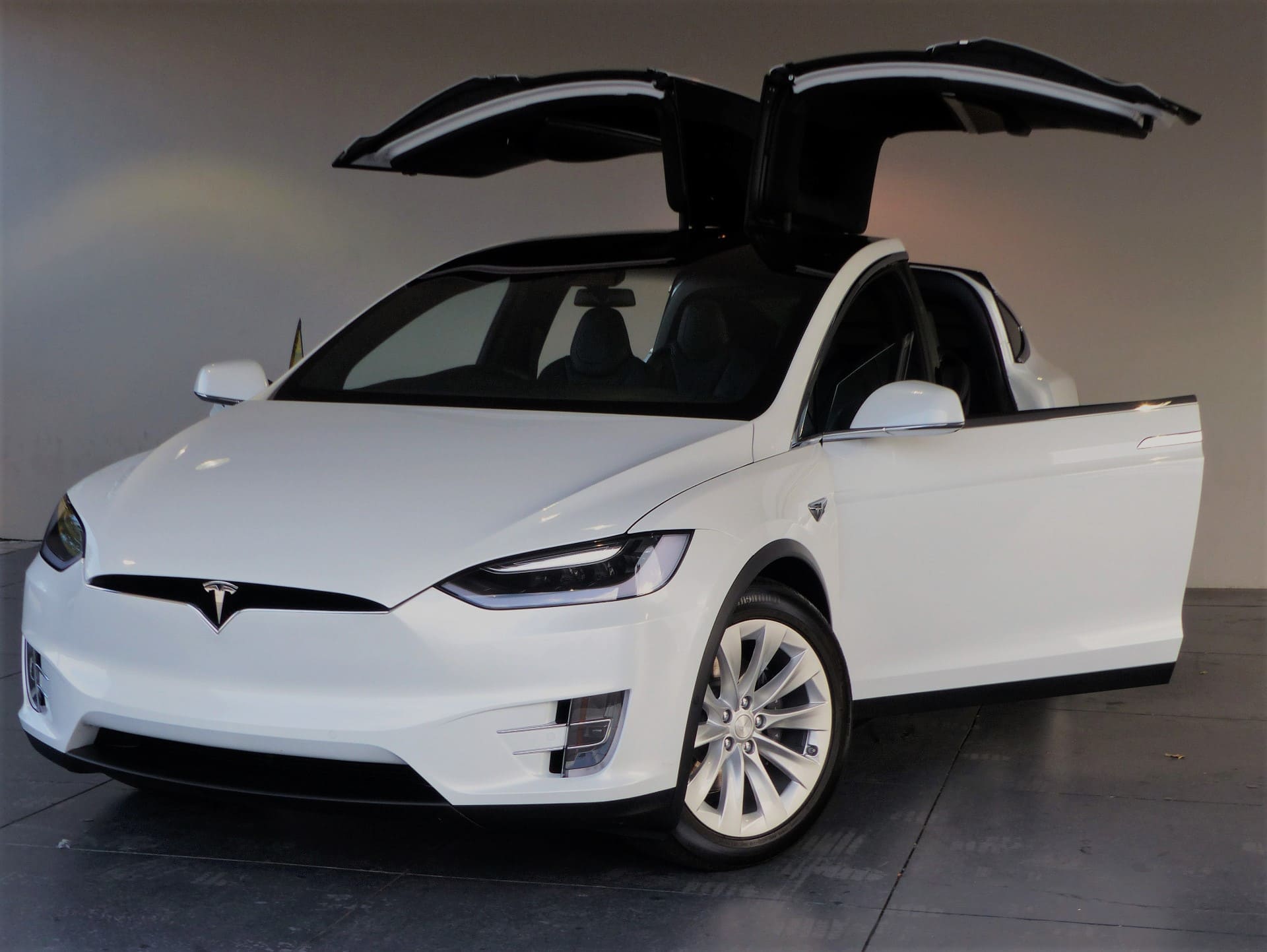 The buyer is not always interested in the power reserve of electric vehicles, someone wants to get a more spacious car, which will comfortably accommodate a large family. That is why the Tesla Model X 100D is in great demand, it also has a battery of 100 kW / h, but the car is large and heavy, which led to a decrease in the range from one charge to 565 km. But this run will be enough for the majority with the head, because you can always get a charge at fast stations, the number of which only continues to increase.

After the Tesla Model S 75D appeared on the market, everyone said that it would be a real bestseller. So it happened, the electric car is in incredible demand today, because it satisfies the needs of most customers. It uses a battery with a capacity of 75 kW / h, which allows the car to travel from one battery charge to 490 km. This is not a record figure in the market, but it will be quite enough for most drivers around the world. There are many who are ready to abandon record power reserve indicators, preferring a more affordable vehicle price. After all, for little money you can get more than just a car. 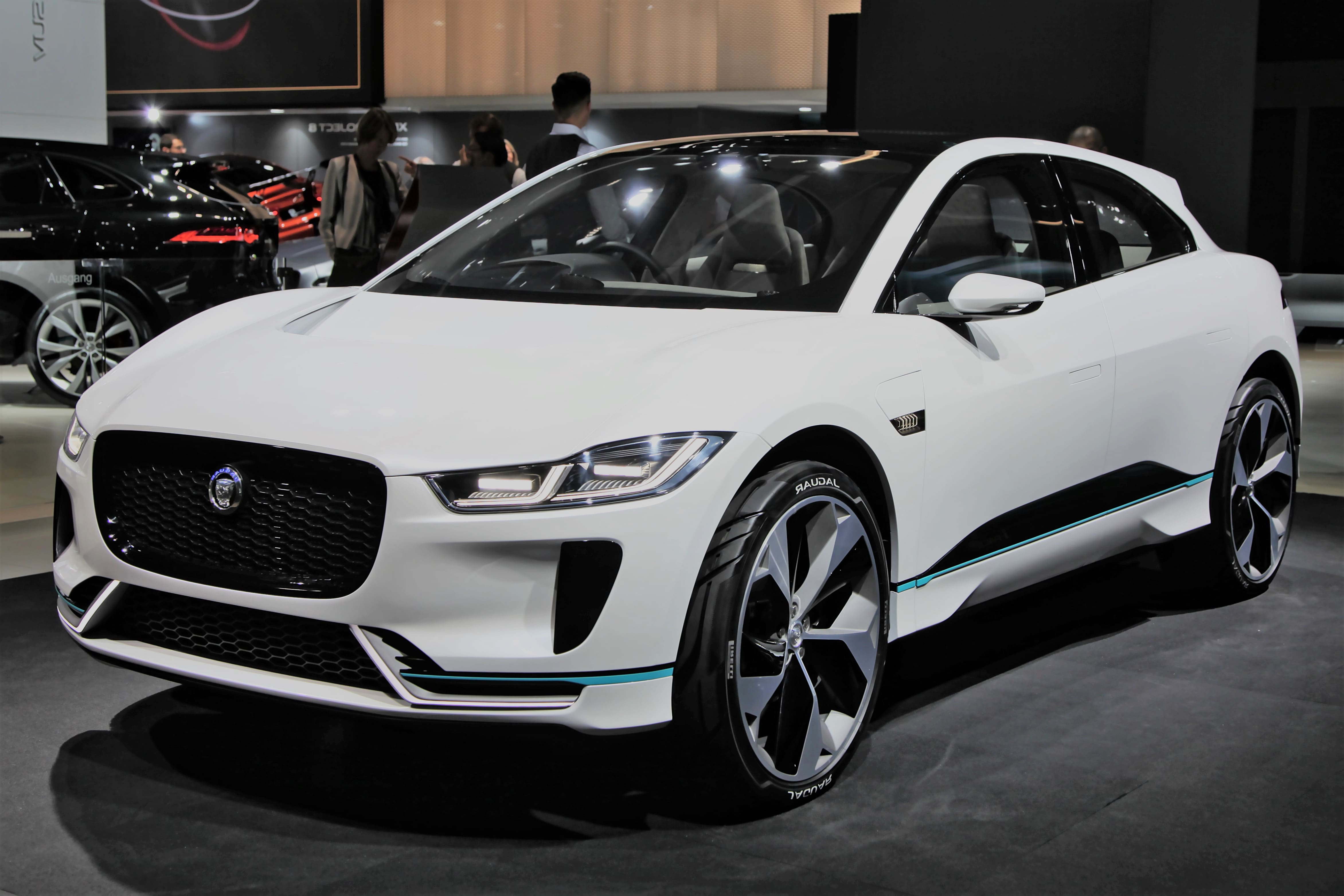 After the Jaguar i-Pace was introduced, many experts began to say that it was practically the only Tesla competitor in the market. It is completely electric, and the actual range is 480 km, which was made possible by installing a battery at 90 kW / h. At the same time, here the driver receives a unique design, prestige from a recognizable British brand, receives all the best practices of the manufacturer for many centuries of work in the market. The only problem is that the cost of such cars is quite high, so we can say with confidence that they are likely to become widespread. 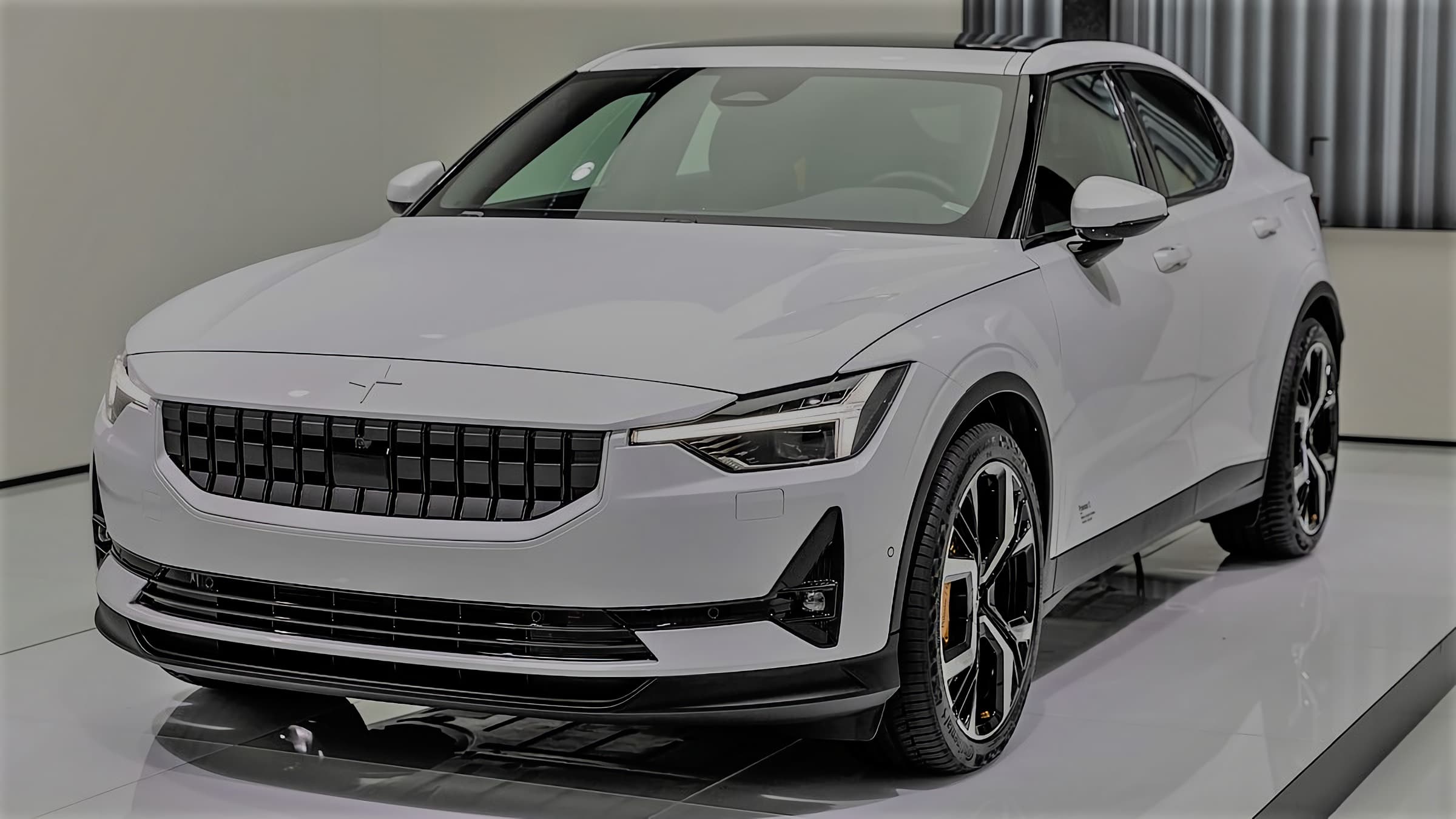 The model (Volvo sub-brand) has been produced since 2020. This all-wheel drive electric car is equipped with two electric motors - one is located on the front axle, the other on the rear. The total power of the electric motors is 308 kW. The battery capacity is 78 kWh. The maximum driving distance on a single charge is 470 km. The acceleration dynamics are also impressive - 4.7 seconds. up to 100 km / h. The maximum travel speed is 203 km / h. Charging time up to 80% using the express station is 24 minutes. 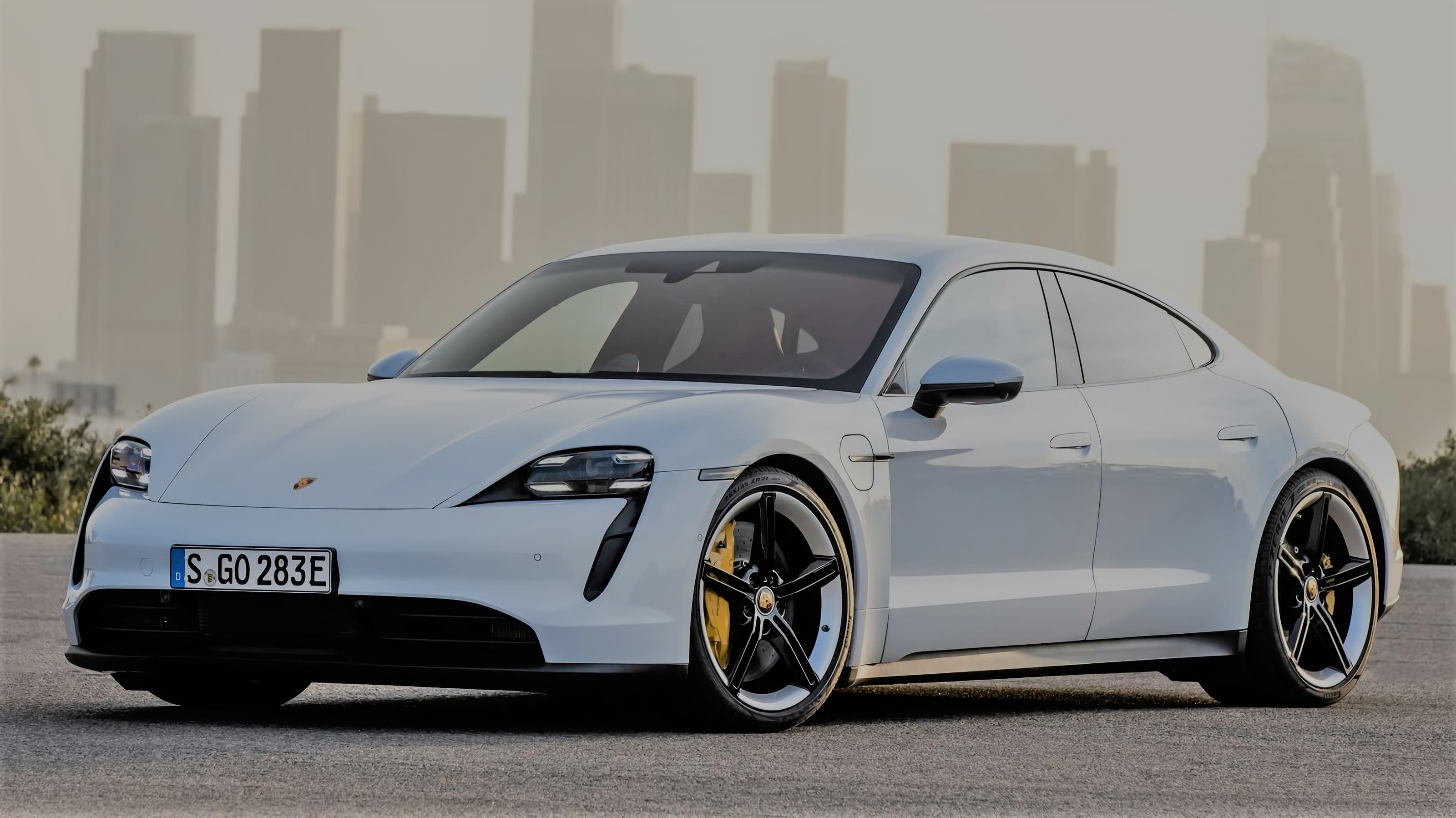 This first "electric" from Porsche has 8 modifications at once. Depending on this, its characteristics change. The longest-range variant, the Taycan 4S, can travel up to 460 km without recharging. (in a mixed cycle). The car is equipped with a power plant with a capacity of 360 kW and a traction battery with a capacity of 93.4 kW * h. The fast charging speed (up to 80%) is 22 minutes. Acceleration time to 100 km / h. is only 4.0 seconds, and the maximum speed can reach 250 km / h. 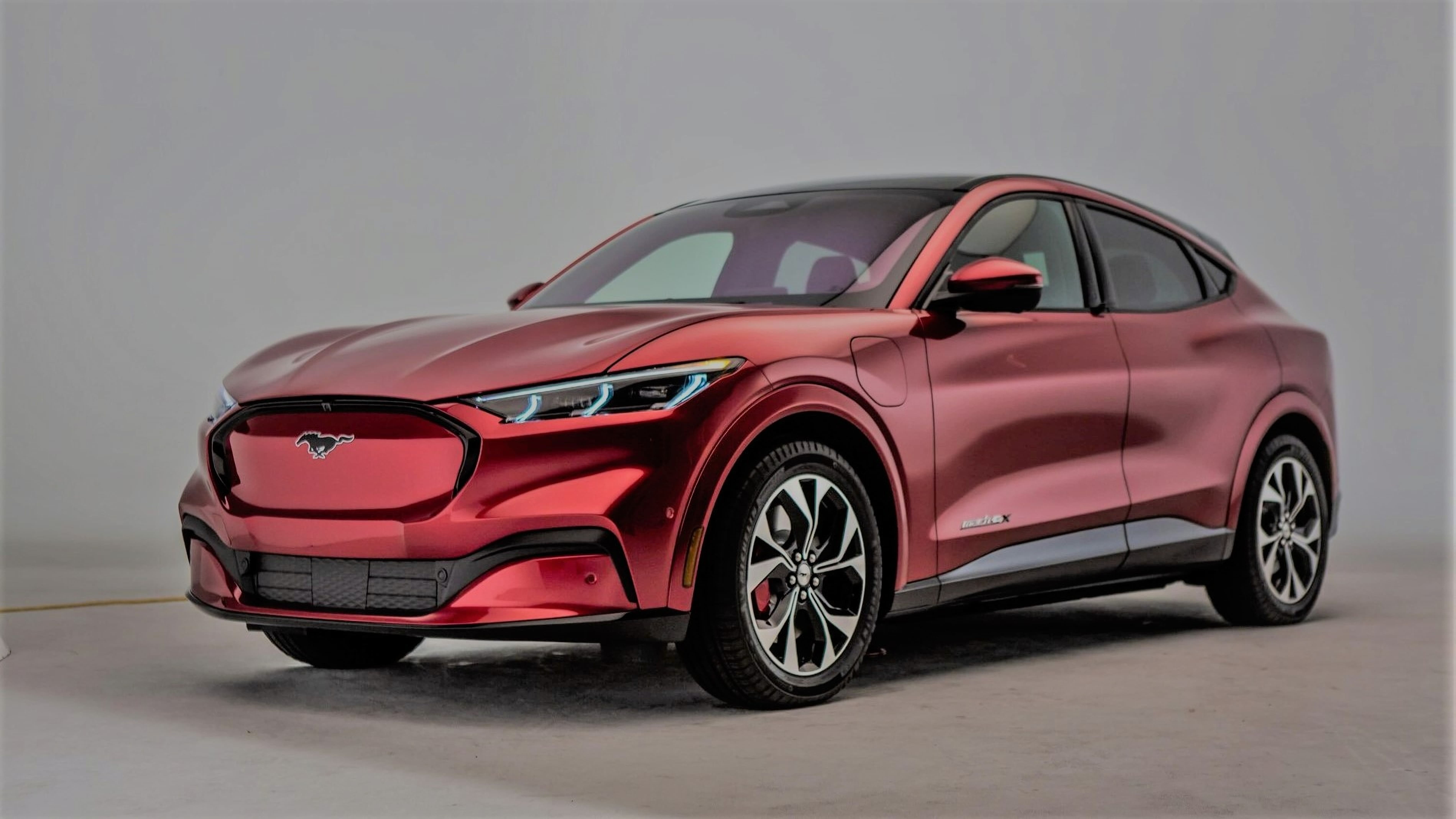 This stylish front-wheel drive SUV from Ford comes with a 190 kW electric motor and 75.7 kWh battery as standard. Fast charging speed (up to 80%) - 38 minutes. The top configurations are equipped with an electric motor of 210 or 244 kW and a battery with a capacity of 98.8 kW * h. The fast charging speed of such a battery is 44 minutes. Depending on the configuration, the maximum range of an electric vehicle can range from 450 to 600 km. Charging time up to 80% via express station is about 40 minutes. 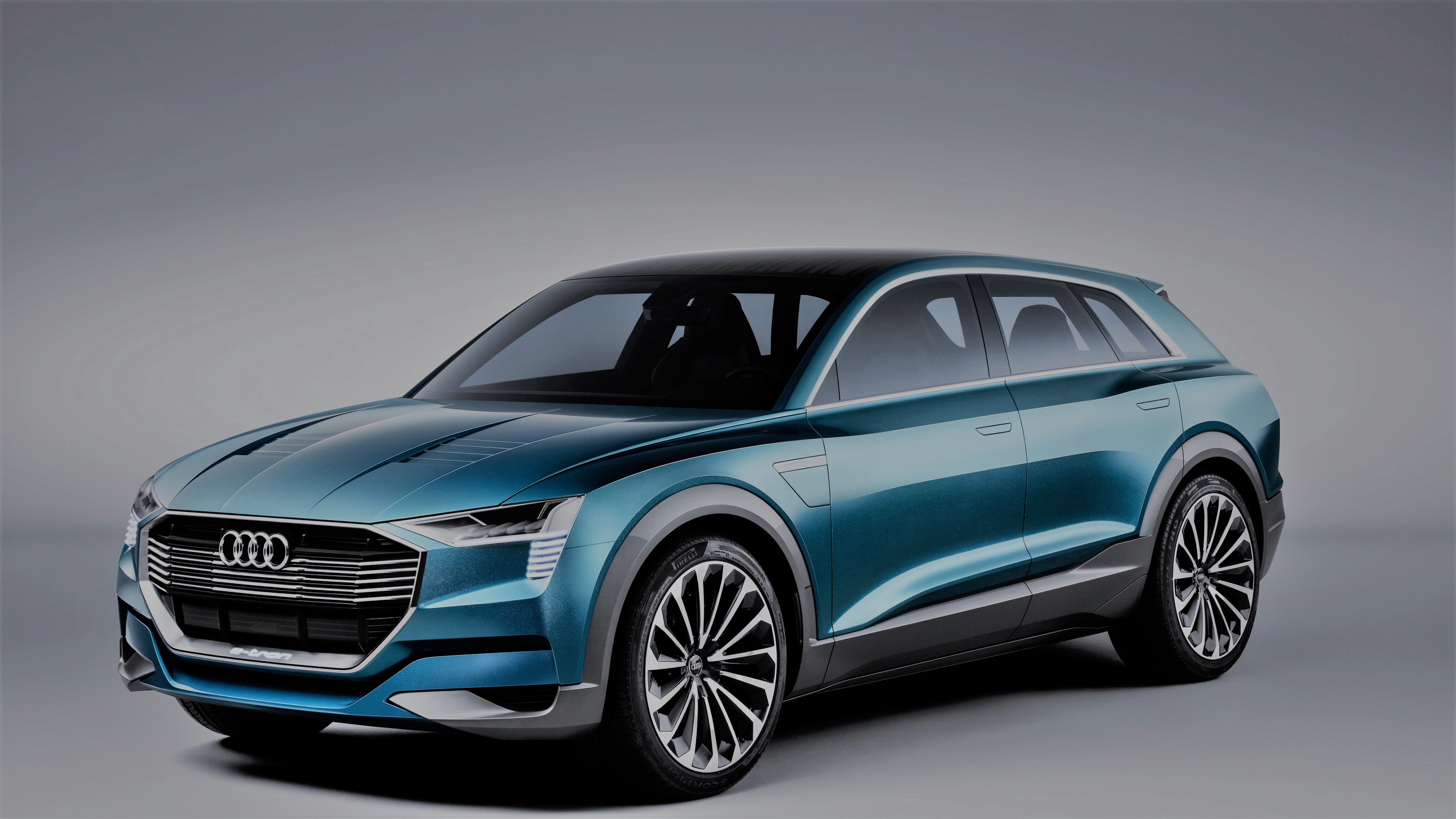 This is the first all-electric car from Audi. The model is equipped with two electric motors. The electric motor, which is parallel to the front axle, develops 135 kW, while the transverse rear motor adds 165 kW. Thus, the total power of the electrical installation is 300 kW. The battery capacity is 95 kWh. Fast charging time (up to 80%) is 30 minutes. The car has four-wheel drive and a power reserve of 400 km without recharging. At the same time, acceleration to 100 km / h takes 6.6 seconds, and the maximum speed is 200 km / h. 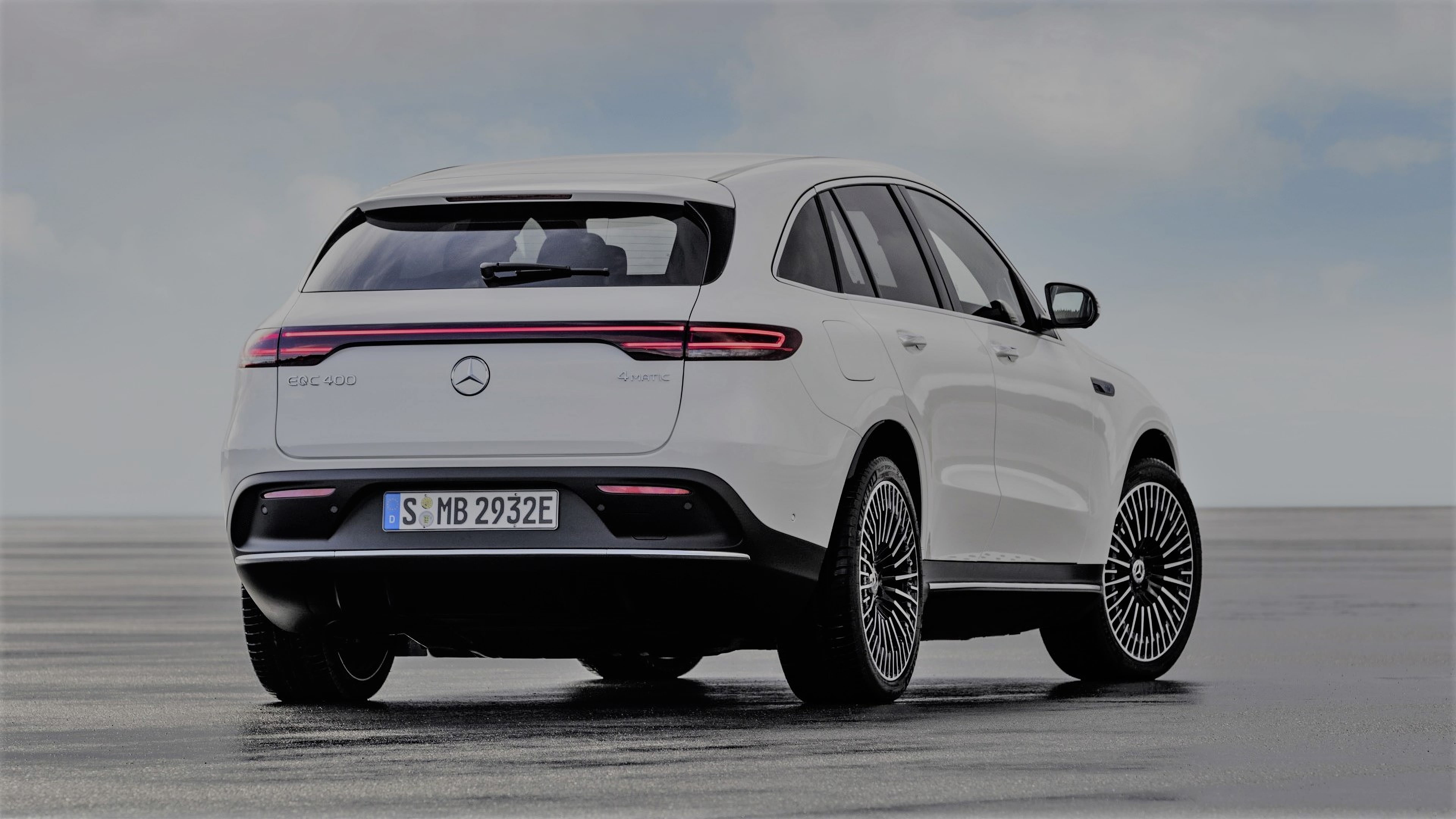 The model has two electric motors, which together produce 300 kW. power, as well as a rechargeable battery with a capacity of 80 kW * h. The time to recharge the battery to 80% is 40 minutes (fast charging technology). Acceleration speed to 100 km / h - 5.1 sec. The maximum possible speed is 180 km / h. The car has a four-wheel drive. The power reserve on a single charge is 450 km on average. 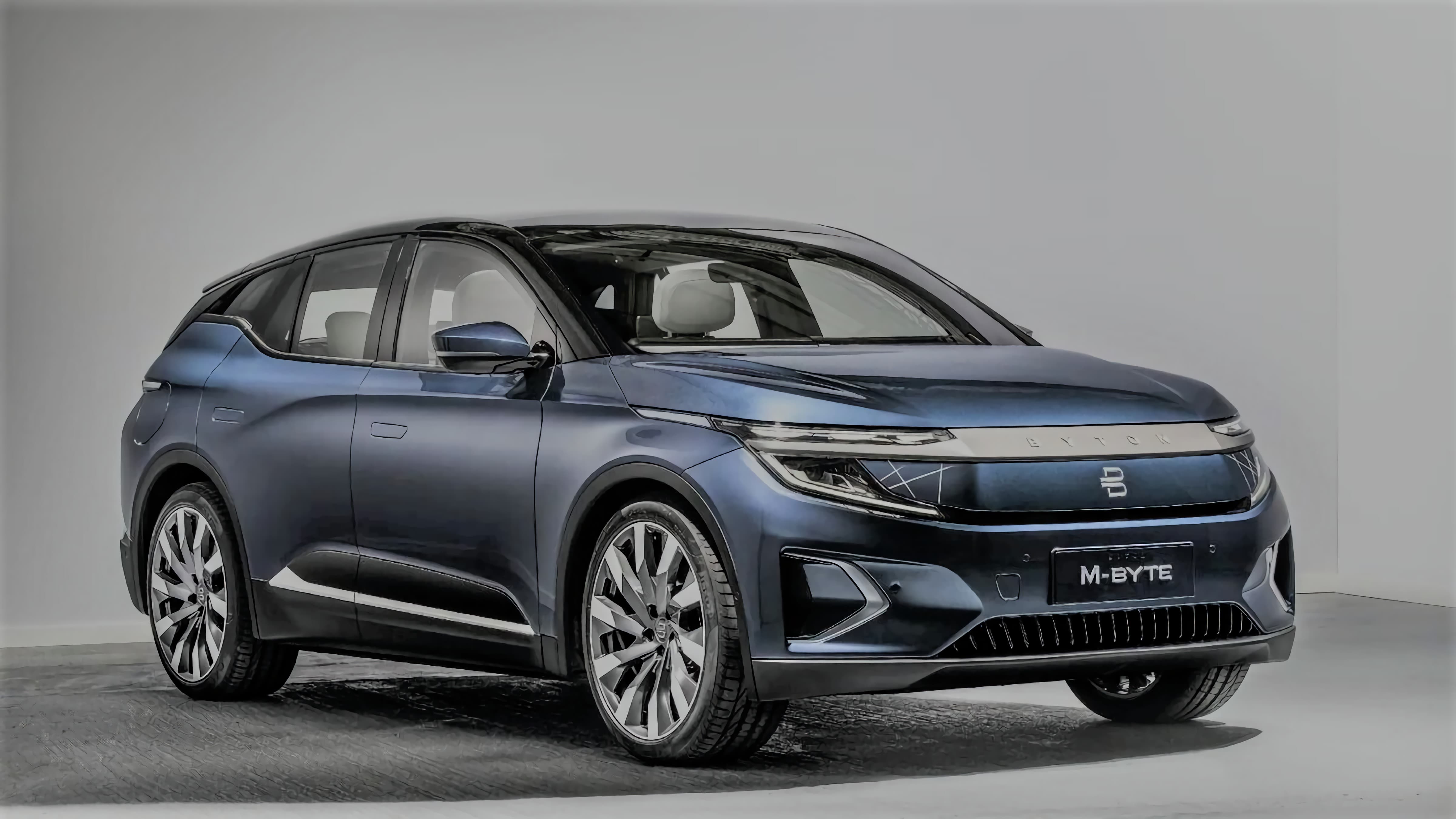 This Chinese electric vehicle is offered in two configurations: rear-wheel drive with a 200 kW electric motor and a power plant of 72 or 95 kWh, and four-wheel drive with two electric motors with a total output of 300 kW. and a 95 kWh battery. Depending on the configuration, the range of electric vehicles without recharging can range from 360 to 435 km. The battery charging time is approximately 35 minutes (fast charge up to 80%). Acceleration to 100 km / h takes 5.5-7.5 seconds, and the maximum possible speed is 190 km / h. 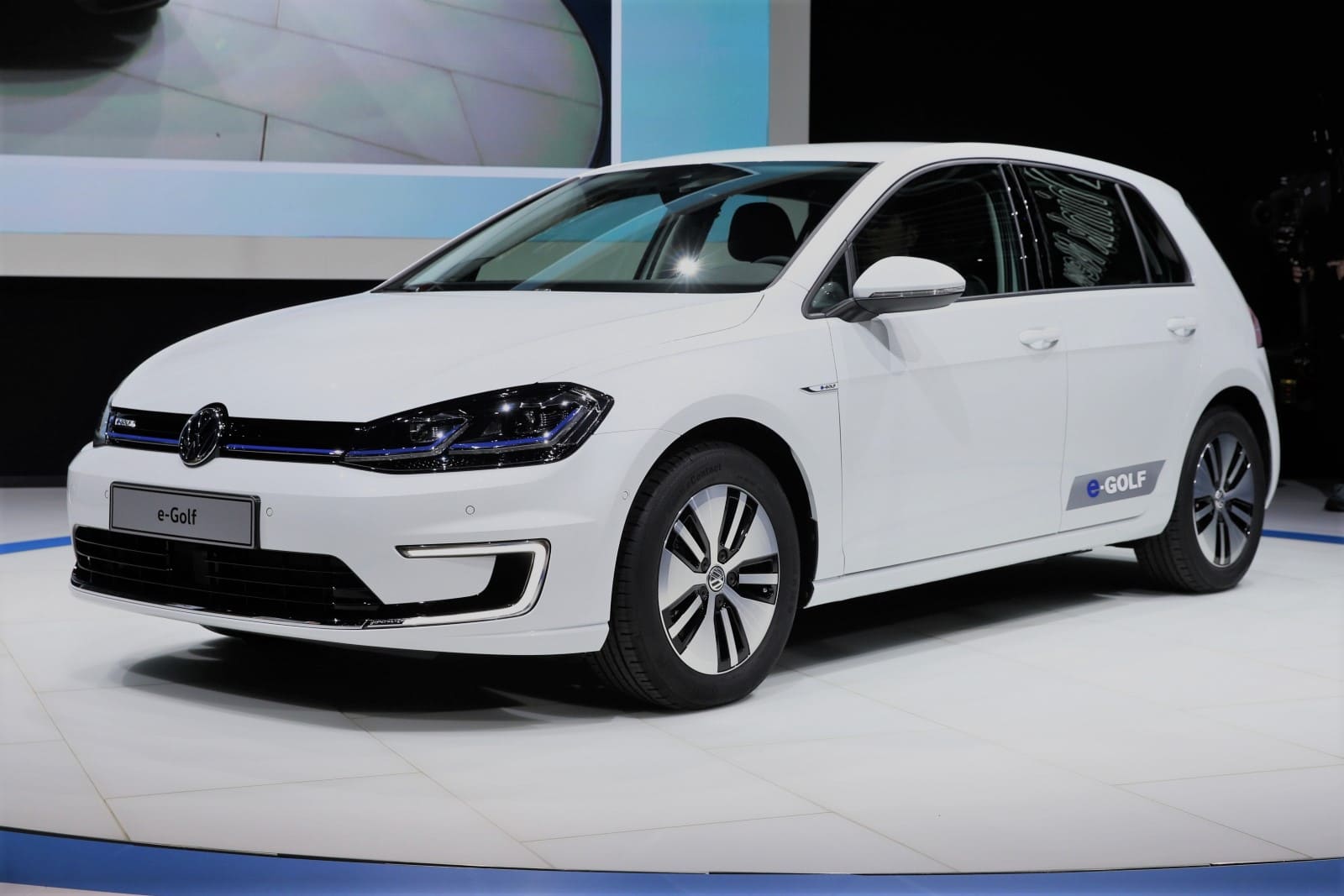 or many years, Volkswagen has delivered a record number of cars to the market, but today some adjustments need to be made, because the world is changing. That is why the Volkswagen e-Golf, an all-electric car from a German manufacturer, appeared on the market. Inside, a 35.8 kW / h battery is installed, which provides a range from a single charge of 300 km., Not the most record figures, but for many such a car will seem more than attractive. The main difference is that the car has left its famous interior and exterior design from a gasoline analogue, which many will like. 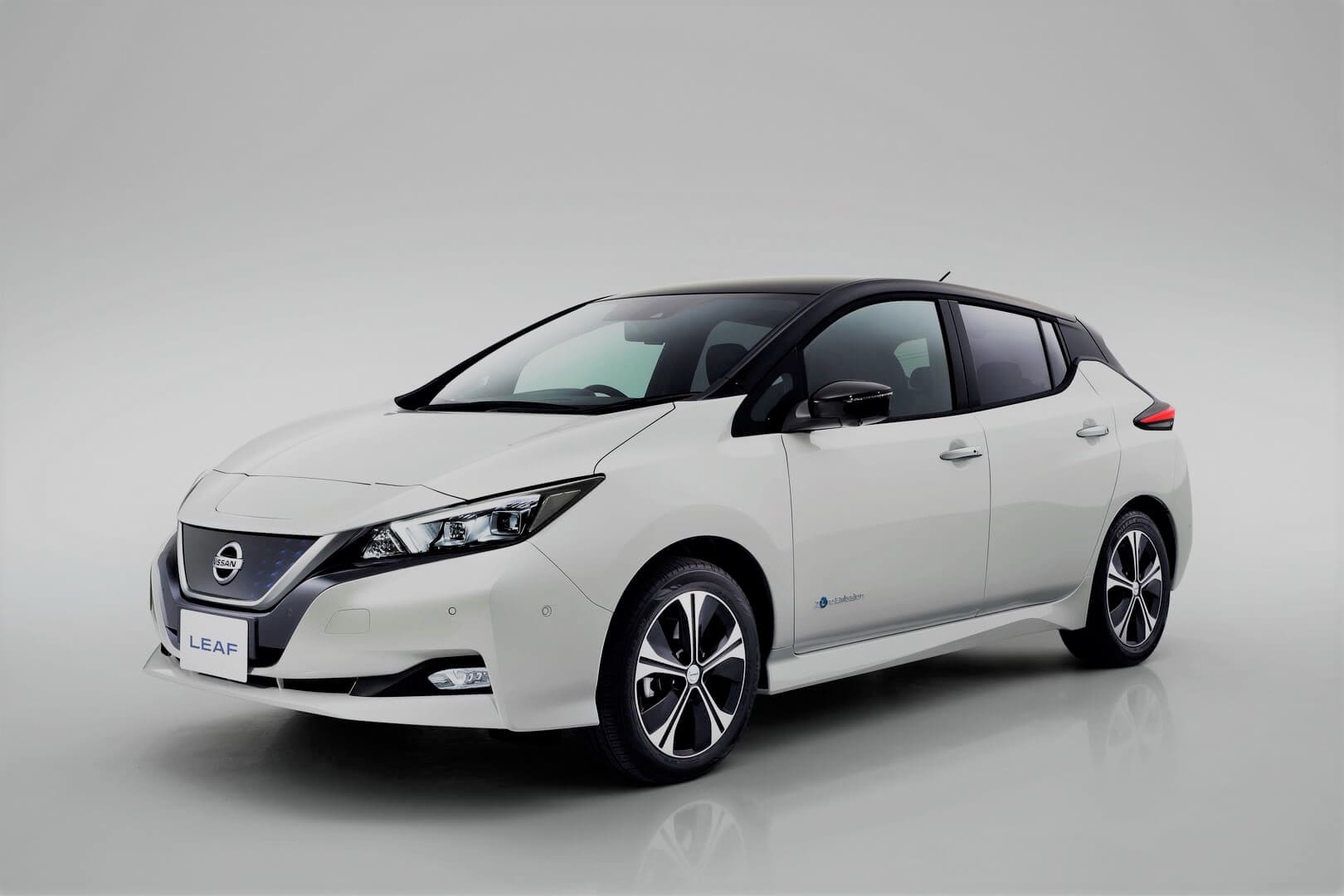 That car of the Japanese manufacturer today can be called one of the most common electric cars in the world. It’s quite easy to meet the Nissan Leaf on the road, you just need to look out the window and wait. But in the first modification, the power reserve was too small. That is why the second generation Nissan Leaf II will become more interesting for the buyer. In addition to the modified design, a 40 kW / h battery is installed here, which allows you to drive 243 km on a single charge. The cost of the car has remained more than affordable, so we can assume that many will give it preference.

What are the advantages of electric cars:

How to save electric car battery

Today, there is a car with a large power reserve on the market, but most of us get more affordable cars where there is a problem with the charge. You have to constantly think about whether it is worth moving to one point or another, whether you can, then come back without having to check in for recharging. That is why the ability to save battery power brings you much more fuel. After all, if you were able to drive the day today without recharging, then you saved a huge amount of time and nerves.

First of all, remember that any additional equipment inside the car consumes battery power. If you constantly use the heater in the winter, the power reserve may decrease significantly, also in the summer, when it comes to air conditioning. If you can do without it, then take advantage of this, so you will save a fairly large amount of charge on the main battery.

Each electric vehicle uses recovery, if you move forward, it is better to release the accelerator pedal, so you will charge the battery. Many people turn off this feature, as the vehicle roll-over is getting worse, but you should not do this. If this function replenishes even up to 10% of the charge on your battery for a whole day, this will lead to the solution of many problems. At any opportunity to coast, use the charge function, or select the appropriate mode in the menu of your car, the system will configure everything on its own.

How to quickly charge an electric car battery

Everything is quite complicated here, there are special high-power charging stations that today even allow you to replenish the power reserve of your car even in 30 minutes of charge. Such stations can be paid and free, they are located in various places and today their number is constantly increasing. If you have the opportunity to stay near a shopping center or at a charging stations where there are such stations, then take this opportunity and quickly charge the car.

Charging a car from a standard household network takes a lot more time, you will take this opportunity at home when you leave the car connected at night. In any case, you must constantly carry a cable with you to charge the car, which can be used both at fast charging stations and through the household network.